For almost half a century, professional window cleaning at commercial facilities developed without a clear and concise guideline outlining safe and accepted practices. Often times, the methods being used were based on company tradition rather than technical or statistical data.
Equipment and techniques evolved faster than standards and codes were being written.

Consequently, safer equipment and techniques were often overlooked because they had not been currently regulated. In many cases, window-cleaning contractors were performing guesswork at buildings when it came to rigging or using other equipment to access the windows. It is for these reasons a new window cleaning safety standard was developed as well as to serve as an aid to property managers, architects, developers and consultants, and regulatory agencies.

Because the very nature of professional window cleaning requires the contractor to bring equipment to a building, the overall objective of the Standard is to outline the shared responsibilities for workplace safety that exist between the property manager and window cleaning company.

The Standard has been well received by the industry at large. Over 2000 copies of the document have been purchased during its first year of publication. The Standard has been a catalyst toward contractor and property professionals developing stronger relationships, which has led to a greater awareness of the need for work place safety as well as qualified workers with validated safety training.

Recently, the State of Washington has included references to the I-14 Standard in their upgrade to the States window cleaning safety code.

Several other States are currently reviewing the document with the same objective in mind and most regional offices of OSHA have begun referencing the standard while enforcing safety in the industry.

In conclusion, The I-14 safety standard is having a dramatic effect on the window cleaning industry. By working together window cleaners and property professionals can ensure that the future of window cleaning has never been brighter or safer.

Do you refer us to others?

When your referral becomes our new business, we'll thank you with the choice of an iPod Nano, a Sony PSP, or $150.00 Best Buy Gift Card. 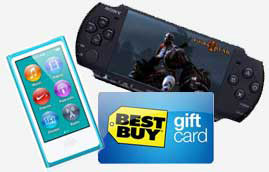 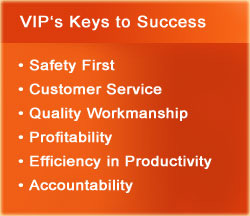